Bentota’s sandy beaches, extensive lagoon and water sports activities have made this resort one of the most famous on the west coast. Upmarket hotels popular with package tourists fringe the beach and stretch along a dramatic sandbar washed on both sides by water; that of the Indian Ocean and the Bentota Lagoon. Jet skis whizz atop the tranquil waters of the lagoon dodging windsurfers and kayakers as well as speedboats pulling jet skiers, wake boarders and inflatables topped with soaked sun seekers. Many diving companies also operate from Bentota during the west coast season (November to April) whilst boatmen offer eco-adventures further up river. The best beaches are south of Bentota towards Induruwa where the crowds barely reach and where the best food can be found in the restaurants of a growing number of beautiful boutique hotels. Inland from Bentota the scene is engulfed by paddy fields, palm jungle, waterways and the odd hillock, which is often topped by a bright white Buddhist dagoba. Two very special gardens are to be found in Bentota’s hinterland, both of which belong to the late Bawa brothers; Bevis, the artist and Geoffrey, the architect extraordinaire. Bevis’ Brief Garden is at Kalowila and comprises intimate walled gardens plus a very special collection of art, whilst Geoffrey’s Lunuganga is a much bigger and more spacious Italianate garden with views to die for. Connections to Colombo and Galle can be made from Aluthgama train station, which is just a couple of kilometres north of Bentota. Here banks with ATMs, bakeries and pharmacies can also be found. 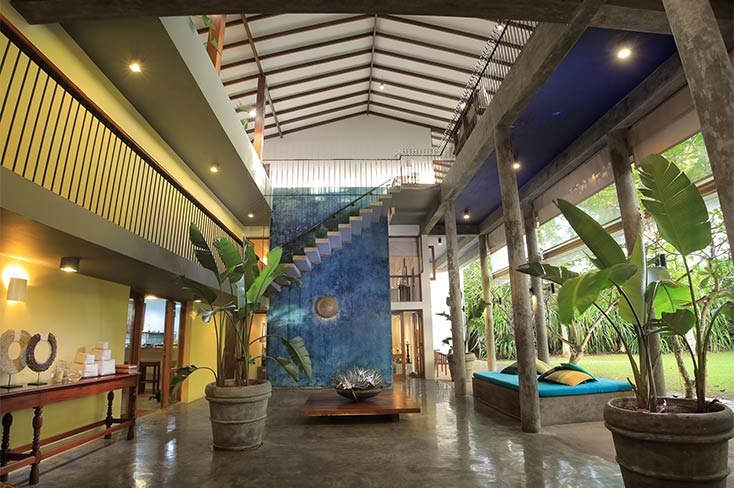 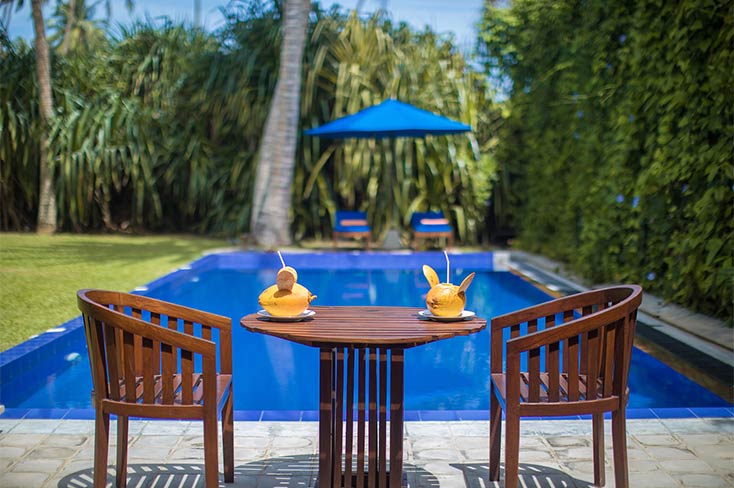