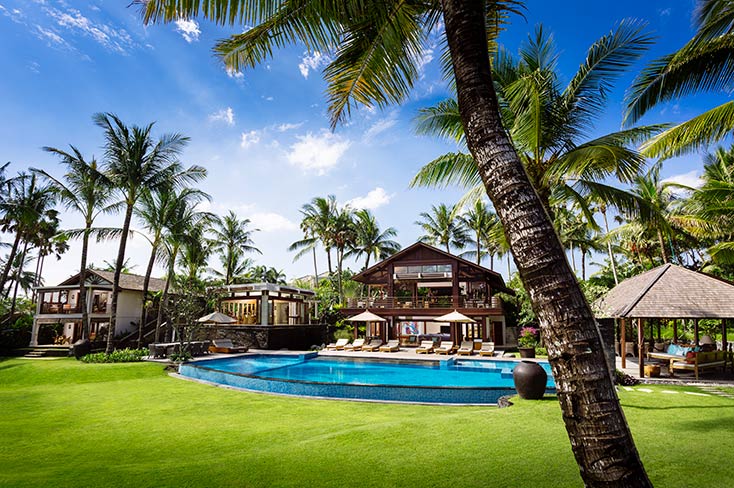 The staff were fantastic - and the food by the chef Norman was better than we get at the top 5 star hotel we stay at in Seminyak. The manager Mr Wayan was amazing - nothing a problem from organising massages - transfers .. dinners for the 6 adults and children.

It was our first visit and we were so impressed I am speaking to my family about a trip next year and staying at Semarapura for the first week.

Thank you everyone
Natalie - Melbourne

Kathy Bullock, Australia, 22-Apr-2012 - 06-May-2012
Our family of 11 spent 14 nights at Villa Semarapura and were totally impressed from the moment we walked in to the villa until the moment we walked out. And it want just the villa itself that impressed us it was more built around the staff. The team lead by Wayan the manager, Sudiana and Surya the butlers, Noyman the chef right through to guday the gardener the staff could not have been more obliging and wanted to help us in every possible to ensure at we had a memorable experience. We will most definitely be back.
BJ, United States, 19-Nov-2011 - 22-Nov-2011
By far the best view on the whole island especially at susnset. The staff was extremely helpful and friendly almost to the point of feeling like family. Overall I would reccomend this location to families or family groups as the location provides a fun and safe atmosphere for adults and children away from all the clamor near Kuta and Kuta Beach.
Dayne Van Bree, Australia, 13-Jun-2011 - 18-Jun-2011
A true Balinese experience set in lush tropical gardens on the coast. A wonderful bar area by the pool and elevated dining room were the best areas to spend long hours with friends.We booked both Jagaditha and Semarapura villas for a large group and both offered something unique to the other . Well worth a stay.
Book now