Asia Poised to Open Up to Quarantine-free Travel

Last year this time, countries were raising their bridges and the world was breaking down into moat-protected fortresses. There was uncertainty as to how long this would last, and the tunnel view into the future stood dark and uncertain.

Cut to today, and we live in a different world. A world not scared by this new, unknown virus. A resilient world comfortable in wearing masks and adhering to stricter hygiene controls. We subconsciously stand a metre apart from people in supermarket lines and smile in greeting instead of showering kisses and hugs. The end of this ordeal is well-within sight, with vaccines being administered across the world and new ways to travel being discussed by governments.

We shared our travel predictions last year in August with the limited knowledge available then. Amazingly, nine of the 10 predictions came true. The only one we missed, and we’re glad we were proven wrong, is that leisure tourism is reviving faster than business travel. Families have been separated for too long and everyone wants to go see their loved ones first, even if it means that they need to quarantine.

Quarantine is the new black. Even young kids today have this long word in their vocabulary. It is the price we are willing to pay for our wings and to keep our fellow country people safe. But quarantine makes travel difficult. Fret not, if reports are to be believed, there could be a freer world within sight very soon.

In Asia, Thailand and Sri Lanka are leading from the front when it comes to reopening efforts, with Bali not too far behind. Phuket has announced that it will accept arrivals henceforth with reduced quarantine. The 14 days requirement has now been reduced to 10. If the traveller is fully vaccinated, this further goes down to a mere seven-day quarantine, after which they can travel out of the island. To our delight, it has also been announced that Thailand will waive quarantine requirements for vaccinated visitors arriving on the island of Phuket from July 1, and the rest of the country from 1 January 2022. Phuket shall serve as a testing ground for the reopening plan before quickly expanding to other key tourist spots.

Not to be outdone, according to the Sri Lanka Airlines website, vaccinated travellers can now visit Sri Lanka with a mere seven-day quarantine. A bio-bubble has been created which allows them to visit certain tourist sites even during these seven days. After this period, if tested negative, they are free to go wherever they want on the island.

Though Japan humbly accepted that Tokyo Olympics, due to start on July 23, 2021, would not have overseas spectators, it is still hoping for travel movement by Fall 2021 or latest by the ski season. Economists suggest that the absence of overseas spectators at the Olympics and Paralympics is likely to have a potential fallout of $643 million for the country.

Nikkei Asia speculated that Japan will issue digital health certificates to citizens who have been inoculated against coronavirus, joining China, the European Union and other countries that have embraced vaccine passports. Though this will not be used for domestic travel, to avoid vaccine discrimination, it may help movement between countries that accept digital health passports in the future to confirm the person’s vaccination status. The Digital Green Certificate system will also confirm if a person has been vaccinated, received a negative test result, or recovered from the virus. 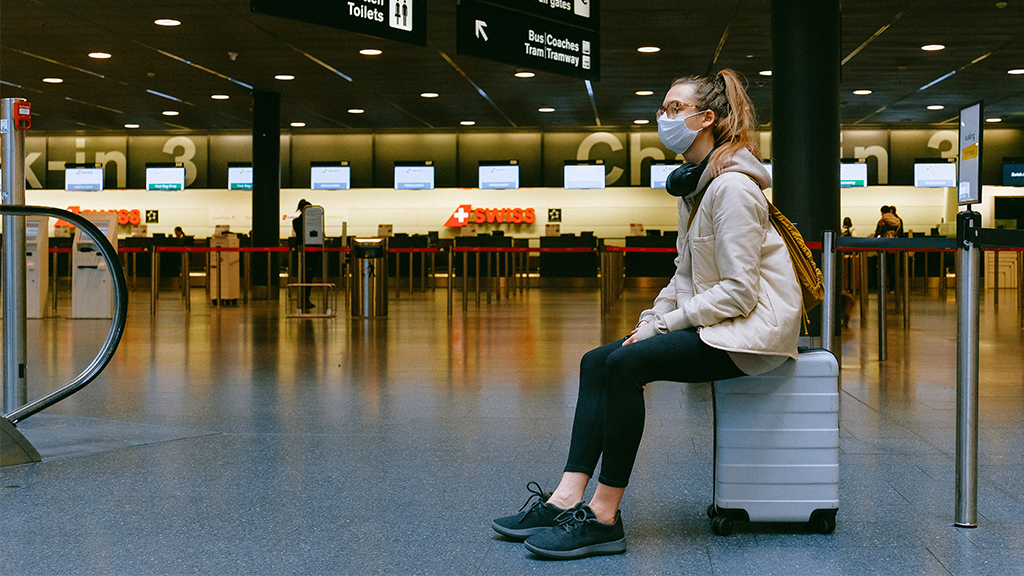 As we predicted, the first step to opening borders is bound to be travel bubbles. Countries are forming reciprocal arrangements with other countries where they believe the pandemic is under control or vaccination efforts are impressive. India has formed 27 such air bubbles including those with Maldives and Japan. Nearer to home, Sri Lanka is working with India to create a bubble specifically for destination weddings. Beach weddings in Sri Lanka may soon become a possibility.

Advancement in testing will also help matters, with quick and credible results allowing greater movement. It has been speculated that Bali will do trial-runs by allowing foreign tourists from listed countries to visit the ‘Green Zones’ of Ubud, Sanur and Nusa Dua. According to Wego, the selected countries must show favourable epidemiological situations, the likes of the Netherlands, China, Singapore, the United Arab Emirates as well as other Middle Eastern countries.” The trial runs are expected to commence in late August 2021.

To open up Phuket to quarantine-free travel, the government hopes to vaccinate 70% of the island’s population by July. What’s unique about the island is that the business groups are working closely with the government trying to help reopen the economy. The hit to tourism has led to the country’s economy recording the worst performance since the 1997 Asian financial crisis. An economic panel chaired by Prime Minister Prayut Chan-o-cha approved a proposal to inoculate at least 70 per cent of the island’s residents on priority, according to Tourism Minister Phiphat Ratchakitprakarn.

Bali is gearing up similarly with 34 million tourism workers in Indonesia earmarked to be vaccinated on priority. The Minister of Tourism and Creative Economy (Menparekraf) Sandiaga Uno hopes that he can reopen the Bali tourism sector for foreign tourists in June or July. Quoting the President, he said that this will only happen if the situation remains under control and the same is acknowledged by other countries. To enable the reopening, “Bali has been assigned more than 2.5 million vaccines before July,” said Sandiaga.

Meanwhile, the Governor of Bali, I Wayan Koster confirmed that plans are underway to vaccinate at least 3 million Bali residents (70%) before July this year. “We have a plan to distribute the vaccine to 70% of our 4.3 million residents across the island to achieve herd immunity by July this year in order to support the president’s plans to reopen the travel corridor this summer,” Koster shared.

While countries are trying their hardest to get their populations vaccinated, some are open to the private sector procuring additional vaccines to inoculate their workers. These are predominantly companies in the hospitality and tourism industries, or those with great exposure risk. Thailand has placed an additional order of 100,000 doses of China’s Sinovac Covid-19 vaccine which will be paid for and used by industry groups, in the first phase of a private sector vaccination scheme.

In similar developments, Indonesia is expecting 20.2 million doses of Moderna and Sinopharm vaccines in Q2 as part of a private vaccination scheme, the head of a state pharmaceutical firm was quoted as saying.

Regardless of the creases to be ironed out, one thing is certain and that is the world is finally unfurling again. It’s time to take the suitcases out of storage and air them, they’ve been ignored for way too long. Our favourite tourist destinations are waiting with open arms. This lovely video titled ‘See you in Indonesia’ captures this sentiment and gives hope to the domestic and international traveller that their long-awaited villa holiday is not too far in the distant future.

Disclaimer: The information stated here has been collected from published sources. As this information is constantly changing, kindly check with the country’s respective government websites for the latest and most accurate updates. Speculation is conditional to government approval.

For the latest vaccination figures and information, see the Cheat Sheet.