Between Phuket Island and Krabi on Thailand’s mainland is a remarkable 400-square kilometre inlet known as Phang Nga Bay. Named after the indigenous people (pangan) of the Malay Peninsula and its surrounding islands, the province of Phang Nga is rich with stories of pirates, sea-gypsies and Malay fisherman dating back hundreds of years. Many people of Phang Nga still maintain the humble, traditional way of life of their forefathers, pulling fresh lobsters from the sea to sell in Phuket, whilst others have embraced the area’s growing tourist trade and now work as guides.

While Phang Nga Bay is rich in folklore, it is most widely famed for the hauntingly beautiful limestone karsts that jut out of the sea, many resembling unfinished clay vessels upon a potter’s wheel. These colourful islets with their toupees of lush tropical vegetation were carved out over millions of years, and now host some of the world’s most spectacular sea caves, along with Thailand’s largest mangrove reserve.

The unbelievably emerald-green waters of Phang Nga Bay are a delight to explore in a traditional long-tailed fishing boat, canoe, kayak or speedboat. Here are some of our personal favourites for when it comes time to plan your visit to this natural wonderland.

Featured in the James Bond films, The Man with the Golden Gun (1974) and Tomorrow Never Dies (1997), the sight commonly referred to as ‘James Bond Island’ is also called Koh Tapu.

Here one can pace the twenty steps made famous by the suspenseful duel scene starring Roger Moore, or venture along a shaded path past an enormous limestone fissure to a smoothed-out sea cave that opens to breath-taking views of the Andaman Sea. Two small beaches line its shores and offer a great place to burrow in the golden sands while oohing over the marvellous scenery.

Many tour operators provide the opportunity to explore the countless limestone caves and hongs (rooms) of Phang Nga Bay. The best way to witness these extraordinary natural wonders is by canoe, where local guides leisurely paddle one into vast cave systems littered with stalagmites and stalactites. These skeletons, created by a build-up of calcium carbonate, are visually stunning, especially when contrasted with the lush tropical backdrops that glow during the day.

At certain tides, access to massive cave systems, which lead into picturesque emerald lagoons, is possible. Witness hundreds of bats engrossed in their daytime slumber, herons perusing the mangroves for a bite to eat, or swifts, whose nests are harvested as the main ingredient in a traditional Chinese delicacy. 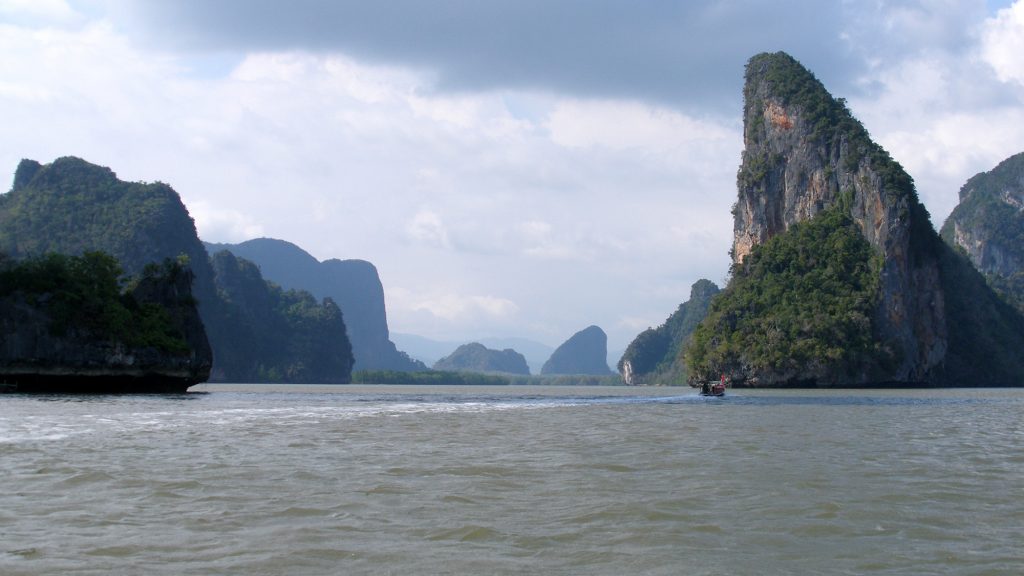 At low tide, small gaps appear at the water’s edge on a number of islands, providing access to magnificent hongs formed by collapsed cave systems whose remains have been washed out to sea leaving behind fascinating open areas encircled by vertical limestone cliffs with dense jungle canopies. Newly discovered by aerial surveys, these extraordinary geological formations are as wondrous as they are beautiful, and offer a peaceful place to pause while pondering the harmonious sounds of nature, including insects, birds and primates.

A visit to Koh Panyee village offers the chance to experience how the locals live. Approaching its marina, stock-full of colourful long-tail wooden boats and floating lobster cages, it’s amazing to see an immense golden-roofed mosque, family homes and market stalls, resting on stilts over the water among the dramatic limestone cliffs. The humble way of life practiced by the people who live here, revolves around fishing, tourism and a strong devotion to their faith. 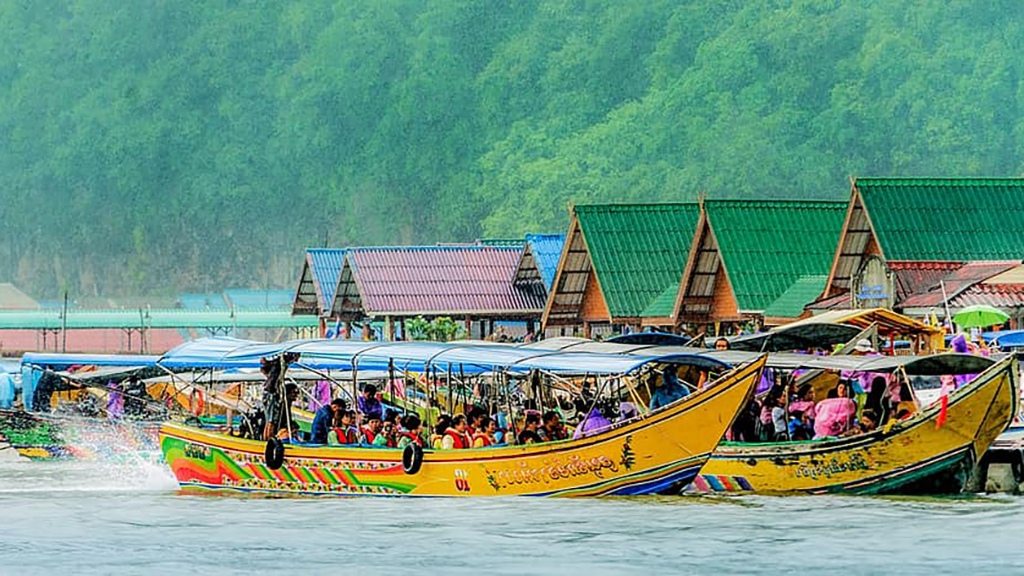 Near Koh Panyee village is a noteworthy site recognized for its ancient cave paintings believed to have been created by sea-gypsies and Malay fisherman of bygone days. These vibrant, earthy-hued drawings depict wildlife in the region, along with the daily activities of the era.

Phang Nga Bay is an extraordinarily unique destination offering spectacular views of the natural world combined with a glimpse into the history and lives of its inhabitants – a truly special place not to be missed when planning your trip to Thailand.