Food is so central to Thai culture, that when in Thailand you’re more likely to be greeted with “Gin Khao Yung?”  which means “Have you eaten yet?” than with a “How are you today?”

In fact, this phrase literally translates to “Have you eaten rice yet?”. In Thai cuisine, like many Asian countries, rice is considered to be such an essential part of the diet that it is generally a synonym for food. 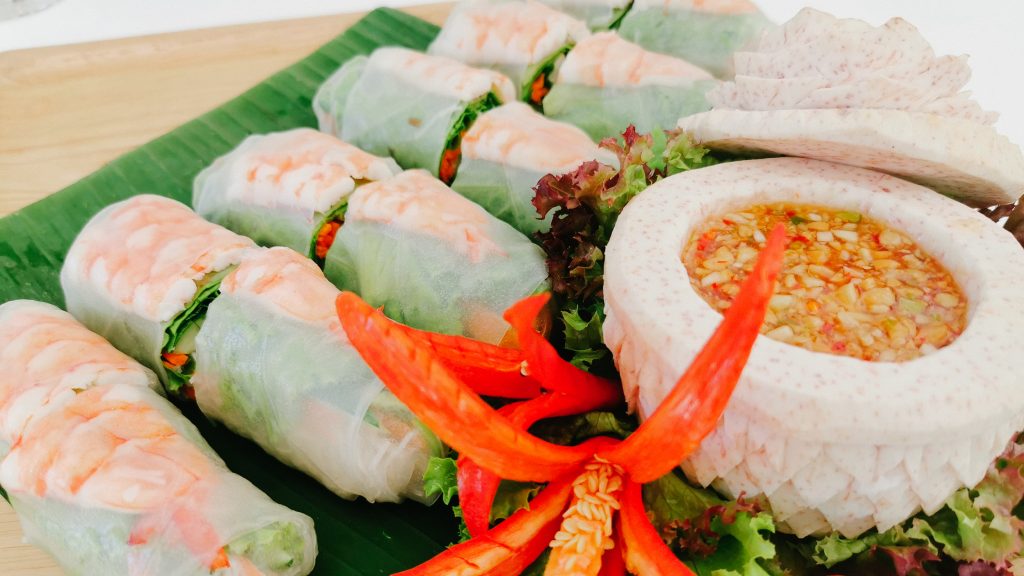 Aromatic, full of variety and always beautifully presented, Thai cuisine appeals to all kinds of tastes with its harmonious balance of the four fundamental flavours: salty, sweet, sour and spicy. Each region of Thailand has its own specialties and style, influenced by the country it borders. Northern Thai food shares similarities with Laos and Myanmar, while the rich coconut-flavoured curries of the south are reminiscent of Malaysian dishes. Add to this the culinary heritage of the Chinese, Indian and European settlers who have had their own influences over the centuries, and modern-day Thai cuisine is a true melting pot of mouthwatering flavours. 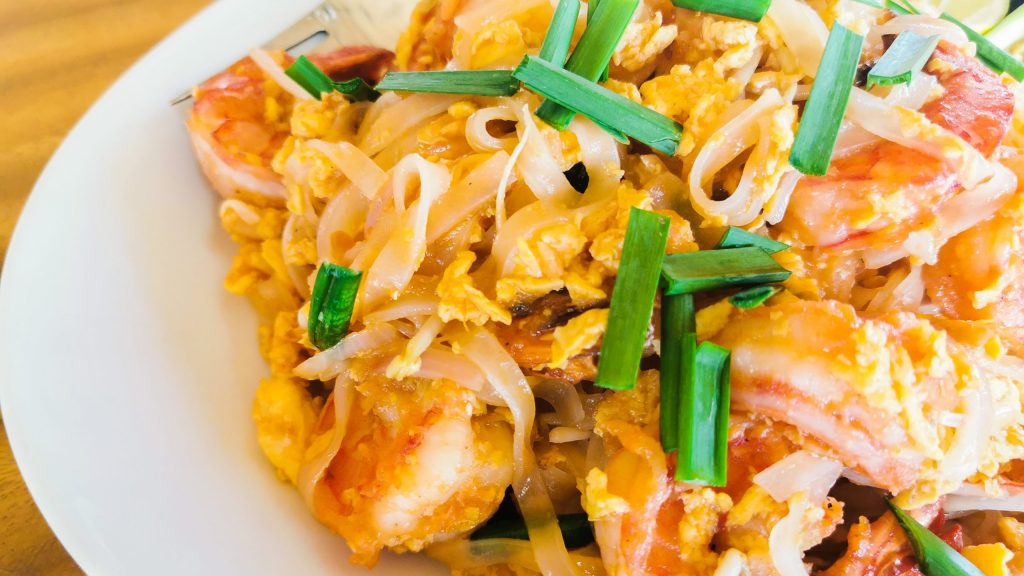 Authentic Phuket cuisine, which can be hard to seek out among the better-known dishes such as pad thai (stir-fried noodles) and som tam (green papaya salad), is possibly one of the best examples of this fusion of styles. Heavily influenced by Chinese Hokkien, Malaysian and Indonesian foods, as well as Khmer cuisine from Cambodia, flavours are rich, complex and fiery – but also light, elegant and restrained. 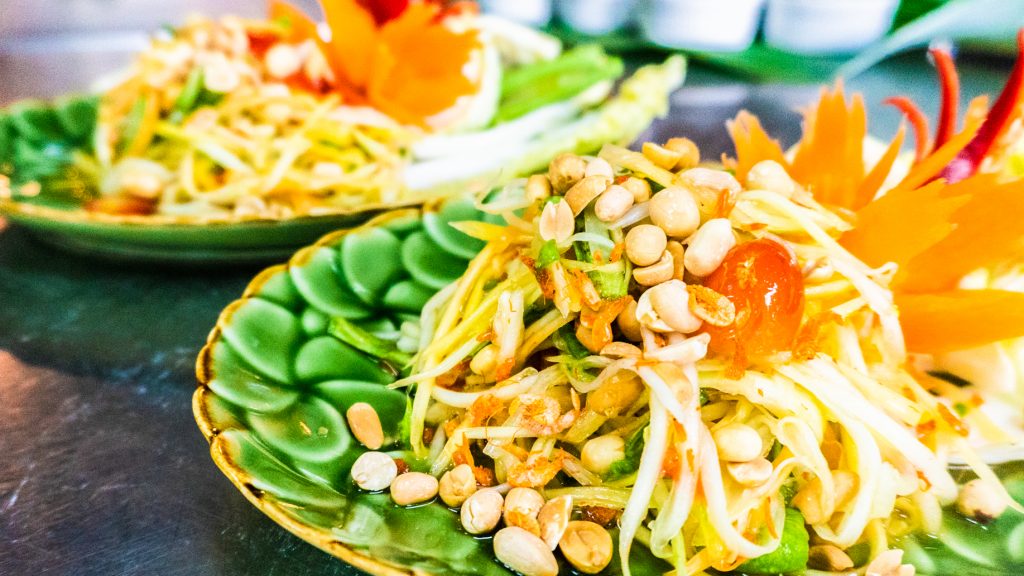 This curious mix of flavours can take a bit of getting used to but are certainly worth exploring. In essence, the further south you go, the more predominant ‘spicy’ becomes. In the south, a dish that isn’t spicy will be considered bland. South Thailand cuisine also has a strong emphasis on seafood with its proximity to the Gulf of Siam and the Andaman Sea.

In Thailand, sharing food is a reason to celebrate. Eating together is incorporated into many social and religious occasions. Indeed, many Thais believe that eating alone is a gesture of bad luck. And by the end of a meal, every last grain of rice should be eaten, as throwing away food is likely to enrage Mae Phosop, the Thai Goddess of rice.

Meals in Thailand are generally eaten family-style, sharing dishes rather than ordering your own starter, main and dessert. As a rule of thumb, when eating at a Thai restaurant, we suggest ordering a large variety of dishes. Usually, seven to eight dishes should suffice for a capacity of more than eight people. This also creates an excellent opportunity to taste something new! We recommend ordering a selection of meat, fish and vegetable dishes, plus a soup or noodle-based dish. When it comes to feasting on the delectable spread before you, use a fork to push the food onto your spoon, and only use chopsticks for noodle dishes.

With all these wonderful Thai flavours ready to tickle your tastebuds, all that’s left for us to say is, “Enjoy your meal!”.

For a taste of Thailand, book a private villa now and we’ll be happy to provide you only with the best Thailand has to offer.